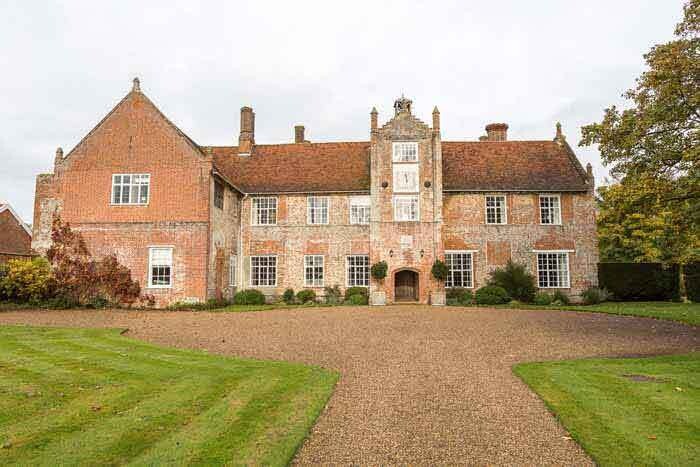 Our summer garden party will be at Bruisyard Hall, near Saxmundham, on Tuesday 7 June by kind invitation of the owner Robert Rous (Trinity 1972). Bruisyard Hall is an Elizabethan manor house set in 700 acres of beautiful grounds. The Hall incorporates the remains of Bruisyard Abbey which was founded in 1364 as the nunnery of the Order of the Poor Clares. The Abbey was seized by the crown in 1539. Robert Rous is a direct descendant of Sir Thomas Rous who inherited the Hall in 1611. Bruisyard Hall and the adjoining medieval Barn have been beautifully renovated over the past few years and are now used for weddings and corporate events.

The programme for the visit is;

10.30am: Meet for tea/coffee in the medieval Barn. There is ample car parking available directly beside the Barn. For satnav users, the postcode for Bruisyard Hall and Barn is IP17 2EJ. Brown tourist signs for Bruisyard Hall are also on the main approach roads.

11.15am: Talk by Robert Rous in the medieval Barn on the history of Bruisyard Hall followed by guided tour up to the Hall and an opportunity to walk around the Hall.

1.00pm: Buffet lunch in the Barn. The buffet lunch will be cold roast topside of beef with creamed horseradish sauce, honey and mustard roasted local ham, roasted salmon and roast butternut squash, pine nutmeg and coriander frittata (V). For dessert there will be lemon tart. Drinks can be purchased at the bar.

After lunch: Walk around the grounds and gardens.

Save this product for later
Display prices in: GBP